** The annual Mkhaya Migrants Awards celebrate the benefit of migration by honouring individuals and companies who contribute to South Africa and Africa’s development. 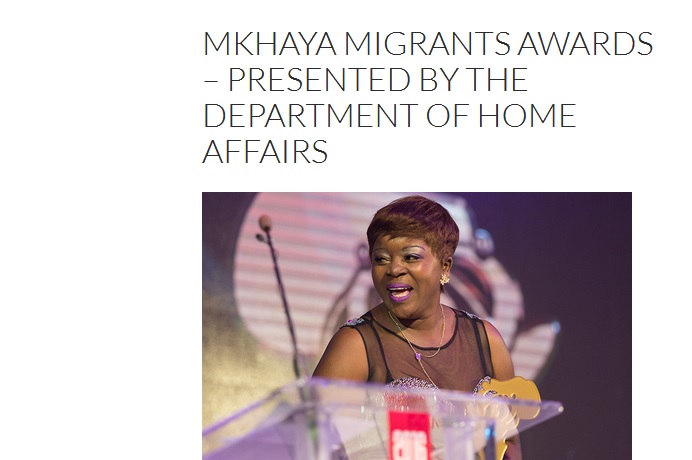 The six categories for nomination :
** The South African public is encouraged to make a significant contribution towards creating a better society and building a united Africa by nominating South African migrant who has made an impactful difference in their field of expertise, in one of the six categories below

Arts & Culture :
** Honours an individual who has made contribution in the area of Arts and Culture in South Africa, promoting unity, tolerance, integration, and inspires progressive dialogue that enhances social cohesion

Business :
** Celebrates an individual whose business is aligned to the South African National Development Plan and encompasses the key focus areas of economic development and job creation

Civil Society & Non-Government Organisation :
** Recognises an individual who works in civil society to advance the development of fellow migrants, thus contributing to a united and developmental South Africa

Sport :
** Celebrates an individual who has used their role in sports to unify communities and contribute to nation building

OR Tambo :
** Honours the prominent role of a distinguished South African working beyond the borders of the country to provide aid in areas of need or strife, and who embodies the spirit of Ubuntu

Most Integrated Community :
** Recognises communities or individuals who demonstrate the spirit of Ubuntu towards migrants and foreign nationals by promoting tolerance, integration, unity and social cohesion