** Different ways used by the Department of Human Settlement to acquire or dispose land to stakeholders for development purposes.

** Department of Human Settlement is working with the Housing Development Agency (HDA) to identify and secure the release of state-owned land in the province that is suitable for human settlement.

** The Municipality is responsible for negotiations with the private land owner if they want to purchase the land available. 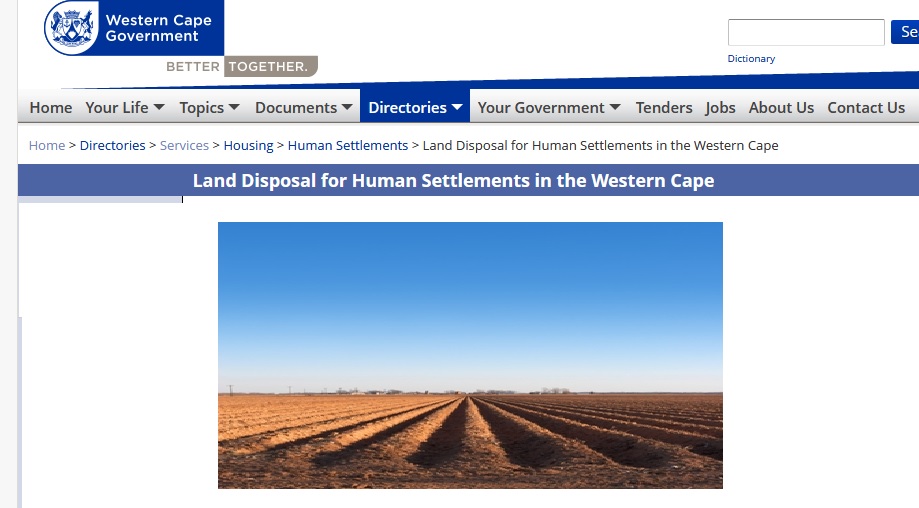 ** If needed, the Municipality will apply to Human Settlements for using its housing allocation to buy the identified land from a private owner.
** Then the Department of Human Settlements will investigate whether the land is suitable for required development.

** If all the requirements are met, then the Human Settlements will approve the purchase and transfer the funds to the Municipality.

From Government to the Municipality :
** Properties transferred from the Department to any national or provincial department or municipality, are made available to them, for the achievement of their core functions, at no cost.

** The Housing Development Agency (HDA) is also tasked to identify and secure the release of other state-owned land in the province that is suitable for developing human settlements.

From Government to a Developer & Ultimate Owner :
** Land could be made available for development on tender.

** The private company winning such a bid acts as the housing developer on land owned by the Department. Once the winning bid is accepted by the Department, a Land Availability Agreement (LAA) is entered into, making the land available for development whilst it still belongs to the Department of Human Settlements.

** The housing developer is responsible for contracting the project manager, contractors and service providers tasked with developing the service infrastructure and residential units.

** The department is compensated for the bid price of land through prorated payments made by each developer, that are required to pay for their portion of land at the time when the developed properties are transferred to the developer at the end of the construction process.

** This arrangement allows that the Department retain control of the land until the final product is delivered to the developer.
** The Department signs the land sale agreement for the land with the final purchaser (i.e. occupant of the house)

** Purchasers requiring government subsidy must meet the eligible criteria for those subsides laid out in the National Housing Code.