** This is the tale of Mattie, a little girl who lives on a farm. She has no brothers or sisters, and was very lonely – until one night when something magical happened.

** Up, Up and Away! and The Castle of Cupcakes were the first two stories in the series. Now her adventures continue with The Amazing Talent Show and The Animal’s Funny Funfair .

Terms & Conditions :
1. This promotional competition (“Competition”) is run by Penguin Random House South Africa (Proprietary) Limited, registration number 1953/00441/07(“Promoter”).
2. This offer may not be used in conjunction with any other offer of the Promoter. 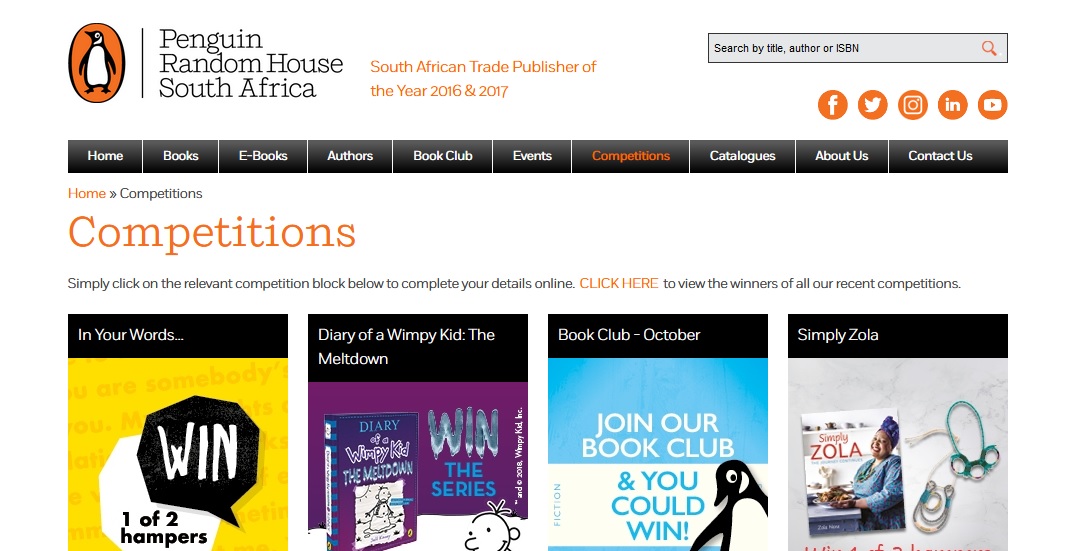 3. The competition begins on 1 April 2017 and ends on 30 April 2017. All entries must be received by 23:59 (SAST) on 30 April 2017. The Promoter accepts no responsibility for any entries that are incomplete, illegible, corrupted or fail to reach the Promoter by the relevant closing date for any reason. Entries via agents or third parties are invalid. Entries become the property of the Promoter and are not returned.

4. The competition is open to all persons aged 18 (eighteen) years or older and resident in South Africa, except the Promoter’s directors, partners, employees, agents, consultants and their immediate families.

5. Participation by all entrants (“Entrants”) constitutes acceptance of these Rules.
6. No Entrant may win more than 1 (one) prize per prize draw.

7. The prize is book one, two, three and four in the Mattie’s Magical Animal Dreamworld series. Entrants have a choice between either the English series or the Afrikaans series. A total of 6 (six) prizes will be awarded.

8. To enter, Entrants must complete the online competition form before the closing date. No purchase is necessary to enter the prize draw. Entrance into the prize draw is free. Only 1 (one) entry per person will be allowed.
9. Should any of the prizes referred to above, for any reason whatsoever, become unavailable, the Promoter may in its sole discretion award a similar prize in value.

10. All correctly completed entries will be entered into a prize draw. The first 6 (six) entries drawn will be announced as the winners. The name of the winner(s) will be announced on the Promoter’s social media platforms (Facebook and/or Twitter). The winner will be notified via email or telephone within 5 (five) working days of the closing date.

11. These Rules may be amended by notification at any time during the Competition.
12. The prize is exclusively for the prize winner and is not transferable, not exchangeable and cannot be exchanged for its cash value.

13. The winner must claim his/her prize within 30 (thirty) days of winning the prize. If the prize is unclaimed after this time, it will lapse and the Promoter reserves the right to offer the unclaimed prize to a substitute winner selected in accordance with these rules. The prize will be delivered to the winner’s physical address within 30 (thirty) working days after the winner provided us with his/her physical delivery address. If any prize winner’s contact details are no longer valid, he or she will forfeit the prize.