Get more this summer with BoxOffice and Telkom. Rent two BoxOffice movies in a week during the month of December and you could win big! From great weekly prizes to an amazing grand prize, getting more has never been easier 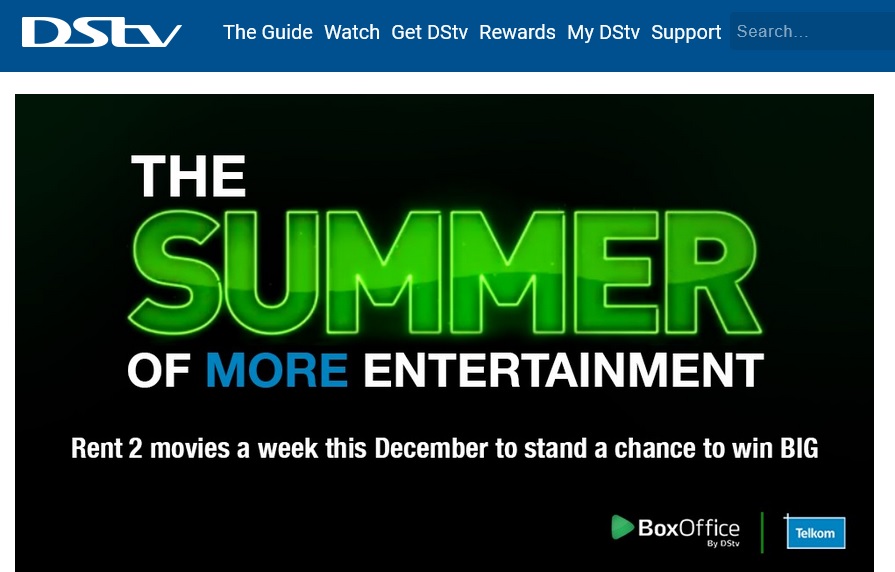 ** The competition runs only on BoxOffice in South Africa and is open to customers residing in SA only.

Who Can Not Enter

** There is no limit to the number of entries per customer and only successful rentals during the competition period qualify for entries into the competition.

** The prize will be awarded to the primary account holder, including delivery to a specified address within the Republic of South Africa.
** Proof of identification, and residential address will be required in order to claim your prize