What is Inkatha Freedom Party (IFP)?

The Inkatha Freedom Party (IFP) exists as a political party to serve the people of South Africa, and to do so in the spirit of ubuntu/botho. Our primary purpose is to serve. It is why we exist. We contest elections and we seek power in order to serve the people by addressing their needs. We are servants, not masters, of the people. 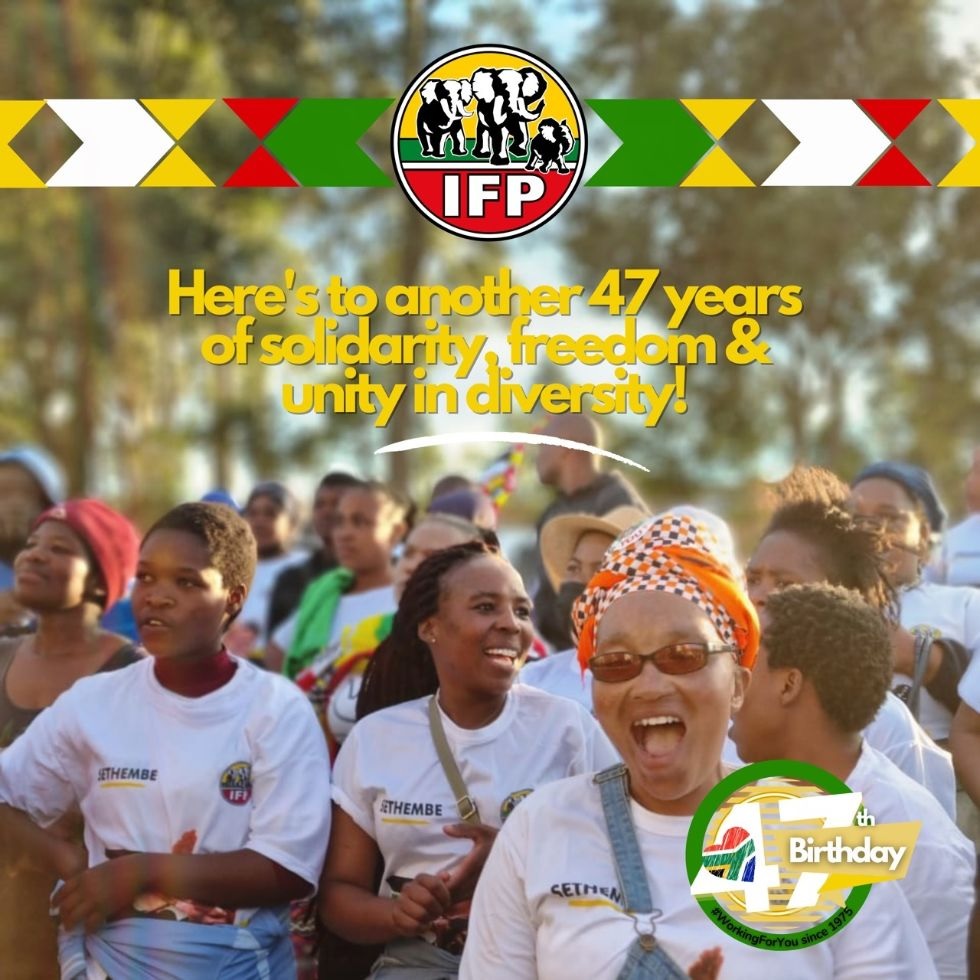 We recognise ubuntu/botho as the foundation of all human interaction. No person is an island. Because we are who we are only through our interaction with others, we respect everyone and treat everyone with compassion and empathy, and in a manner that recognises their intrinsic human dignity.

How To Apply For IFP Membership?

If you believe that the political stability and economic prosperity of our society must be founded on a humanistic culture of respect for the people, the Inkatha Freedom Party (IFP) is your political home.

Policies to get South Africa to work and create a just, prosperous and moral society

Home Affairs:
The IFP recognises that the Ministry of Home Affairs is charged with difficult and complex tasks which require a high degree of competence and integrity. Many important elements of government policy depend on the efficient performance of this Ministry in facilitating freedom of expression and movement, preservation of society values and domestic harmony. Department of Home Affairs personnel should be recruited from the best and most talented, and should offer the citizen, the would-be citizen and the visitor the most efficient service available.

Illegal Immigration:
While recognising the many problems associated with the control of illegal immigration and the necessity for dealing carefully, economically and effectively with the problem, the IFP position is that while compassion is necessary, illegal immigrants are law-breakers who pose a threat to South Africa by placing a heavy strain on the country’s resources. The IFP favours repatriation. However, the following considerations should be taken into account while advocating a policy of repatriation.

There is an urgent necessity for more comprehensive statistics on illegal immigration, so as to assist government in devising strategies to deal with the problem.

The IFP favours increased vigilance and improved methods of monitoring along South Africa’s borders. Where necessary, the South African Police Services should be assisted by the South African National Defence Force, but only for as long as the SAPS and manpower shortage persists. A permanent inter-departmental committee to deal with illegal immigration should be formed under the direction of the Department of Home Affairs.

The creation of a separate security force for border control, the protection of state buildings and other specialised protection duties merits careful consideration, to free police manpower for combating ordinary crime.

The privatisation of the Departmental printing office should be investigated. A study should be carried out with the view to delegating responsibility for the compiling and safekeeping of public records, such as births and deaths, to municipal and provincial governments.

As a means of deterring illegal immigrants, the IFP favours regional initiatives to increase employment and to combat crime.

Legal Immigration:
The IFP believes in the importance of recruiting desirable immigrants and advocates a points-for-skills system of evaluation. South Africa should advertise for skilled immigrants.

Political Refugees:
Political refugees must, in terms of international convention, be admitted into South Africa subject to stringent evaluation and supervision. South Africa should negotiate with other states on the subject of its limited capacity to host refugees.

Visas:
The IFP favours the reduction of visa fees for would-be immigrants and the introduction of uniformity in respect of fees charged for other visas.